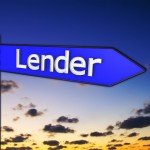 Many home lenders use an entity called Mortgage Electronic Registration Systems, Inc., or “MERS” as a nominal party in loan transactions to facilitate an electronic central registry of note holders and servicers.  On its website, MERS claims many benefits to use of their services.  According to the website, MERS should be named in security instruments as a “nominee for the lender” in order to “eliminate the need for assignments and realize the greatest savings.”  In an Oregon deed of trust instrument, MERS is often named as “Beneficiary” in its nominee capacity.

A recent decision in the Oregon Bankruptcy Court by Chief Judge, Frank R. Alley, III, complicates matters dramatically for institutional trust deed holders using the MERS system when they attempt to foreclose defaulted home loans.  Judge Alley’s ruling in Donald E. McCoy, III, v. BNC Mortgage, Inc., et al., decided February 7, 2011, holds that calling MERS the “beneficiary” in a trust deed does not make it a beneficiary for the purposes of ORS 86.705(1) which defines a beneficiary as “the person for whose benefit a trust deed is given, or the person’s successor in interest.”  In the standard trust deed designating MERS as beneficiary, language in the document provides that MERS is acting solely as the nominee of the lender.  While Judge Alley states that “a deed of trust may authorize delegation of the beneficiary’s powers to a separate nominee,” he concludes that MERS cannot be granted any powers that exceed those of the beneficiary.

Because ORS 86.735 allows the trustee to foreclose a deed of trust non-judicially, by advertisement and sale, but requires that “any assignments of the trust deed by the trustee or beneficiary and any appointment of a successor trustee are recorded in the mortgage records in the counties in which the property described in the deed is situated;” it is clear that a trustee may not foreclose a MERS trust deed without recording all of the internal transfers between various parties in the securitization chain.

Securitization often involves a complex set of transfers from the loan originator, to a wholesale lender, to a holding company owned by a brokerage house, to a subsidiary and ultimately to investors holding various ownership interests in a trust.  It has often proved difficult for lawyers handling foreclosure claims to locate and record documents in this chain of transactions.  A number of recent cases have highlighted the fraudulent attempts of “foreclosure mills” to create documentation for this purpose.