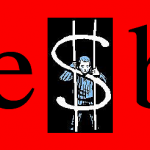 Today, June 21, 2022, President Joe Biden signed the Bankruptcy Threshold Adjustment and Technical Corrections Act which increased the debt limits of Chapter 13 bankruptcy proceedings to a combined total of $2,750,000.  Until today, 11 USC §109(e) limited the eligibility for Chapter 13 proceedings to  individuals with unsecured debts of no more than $465,275 and secured debts of no more than $1,395,875.  Under SB 3823, debtors no longer are required to limit debts in specific categories as secured and unsecured.  Total combined unsecured and secured noncontingent, liquidated debts need only be limited to $2,750,000.

The legislation will sunset in two years and the elibibility limits of Chapter 13 under 11 USC §109(e) will revert to the prior amounts if the statutory change is not extended or modified.  The Act was adopted by unanimous consent in the Senate.  It was introduced by Senator Chuck Grassley (R-IA), with cosponsorship from Senators Dick Durbin (D-IL), Sheldon Whitehouse (D-RI), and John Cornyn (R-TX).  SB 3823 was enacted in the House with an overwhelming bipartisan vote of 392 for and only 21 against. This extensive support signals that the debt limits may well be extended again or made permanent before the bill sunsets in two years.

With inflation running at its highest rate in more than 40 years and skyrocketing home prices, this change in the law will allow more financially troubled homeowners and consumer debtors to seek help from the bankruptcy court in reorganizing their finances.  Even some small business owners with debts that exceed the prior limits, many of whom were victims of the COVID-19 related downturn, can now look to Chapter 13 as a viable alternative to bankruptcy liquidation under Chapter 7 or a much more expensive Chapter 11 proceeding.