I made a mistake on my tax return, what should I do? 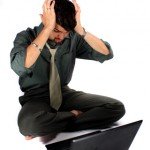 If you forgot to include a form or schedule to your return, it is very likely that the IRS will send you a notice requesting just the missing form(s) and/or schedule(s) which means you will not need to do anything other than send in the requested items.

What Is A Homestead Exemption?

Many of my clients come to see me about penalties assessed against them by the IRS.  For example, if you don’t file your return on time or if you do not pay your tax by the due date you may be assessed a penalty. The following is a list of nine things the IRS wants you to know about the two different penalties you may face if you do not pay or file on time.

Are Bankruptcy and 12-Step Programs Compatible?

In my view, there is no question that they are – and that lay counselors in these programs who advise otherwise do not understand the bankruptcy process.  Steps 8 and 9 of the program of Alcoholics Anonymous (copied verbatim by most other 12-step programs) are, respectively (8) Made a list of all persons we had harmed, and became willing to make amends to them, and (9) Made amends to such people wherever possible, except when to do so would injure them or others.  The book Alcoholics Anonymous talks about moral and spiritual bankruptcy, but what about plain old financial bankruptcy?  Many people recovering from alcoholism and other addictions are in serious financial difficulty.  Should they consider filing for bankruptcy through the court system, or would this somehow be “weaseling” out of debts, jeopardizing 9th step amends?

In fact, declaring bankruptcy provides a sensible, logical framework within which to work the financial portions of the eighth and ninth steps.  The person filing for bankruptcy is required to list all his creditors, his sources of income, and his material assets.  The courts, and the debtor’s attorney if he is represented, prioritize the debts based on federal law and determine how the limited financial resources of the debtor are to be applied.  Chapter 13 bankruptcy actually works very much the way a ninth step ought to.  Often referred to as “wage-earner bankruptcy”, Chapter 13 requires the debtor to adhere to a bare-bones budget for 3-5 years, paying any surplus income to a trustee who parcels it out among creditors.   Real effort and personal sacrifice are involved in repaying the debts, but there is a definite endpoint when the debt is considered satisfied. Bankruptcy addresses the issue of the injury complete repayment might do to others, such as family members who are hostage to a debt, or people dependent on a business which is temporarily insolvent.

The recovering substance abuser probably has a sense that some of his financial obligations have more moral urgency than others.  This list will not correspond exactly to the priority schedule of the bankruptcy court.  In the eyes of the court, a private loan made by a family member who is not well off financially will have the same priority as a credit card debt, and both will take a back seat to the Internal Revenue Service.  Some debts, such as arrears in child support, cannot be discharged (forgiven) in bankruptcy.  On the other hand, a conscientious debtor’s own priorities will probably be closer to the bankruptcy court’s determination than the priorities of debt collection agencies, whose squeakiest wheels are usually the least deserving, both from a moral and legal perspective.  Should a person feel a moral obligation to pay a debt which has been discharged in bankruptcy, there is no law preventing him or her from making payments on it at some later date, once the case is closed.  However, there may be good practical reasons for not doing so when it would jeopardize the fresh start a bankruptcy is designed to create.

A person who finds that the payments on his debts are leaving him without sufficient income to live on, and has no immediate prospect of either paying off those debts or increasing his income, or has exhausted conventional lending sources and is resorting to payday lenders and other loan sharks to meet basic living expenses, or is threatened with foreclosure on his home mortgage, is well-advised to explore bankruptcy.  Contrary to popular perception, reinforced by credit card companies and other lenders, recent changes in Federal laws have not closed this option.  There are numerous websites, including Kent Anderson’s, and books providing an overview of the bankruptcy process.  The anonymity tradition of 12-step groups would preclude a law firm’s advertising that any of its partners or staff members had personal experience with 12-step based financial counseling; however, a few well-considered questions during an initial interview should reveal whether a bankruptcy attorney has the knowledge to implement the desires of a client in this context.

Last week President Obama announced an ambitious and expensive plan to stabilize home prices and help homeowners in trouble with their home loans avoid foreclosure.  The plan proposes incentives for investors and servicers alike to encourage loan modification even before homeowners default on their loans.  However, one key element of the administration plan costs the taxpayers very little but could provide extensive relief from foreclosure.

What is now being described as “Judicial Modification” is really the well known bankruptcy concept referred to as “Cramdown”.  The word does not appear in the language of bankruptcy code but this innovation emerged as a tool for debtors when the 1978 bankruptcy code was enacted by congress.  The term is used to describe the modification of creditors’ rights, against their will, when the negative impact on a particular creditor is substantially outweighed by the benefit to the debtor.

The Helping Families Save Their Homes in Bankruptcy Act of 2009 was introduced early in the 111th Congress (2009-2010) in both the House of Representatives as H.R. 200 by Representative John Conyers, a Michigan Democrat, and S 61 in the US Senate by Senator Richard Durbin, an Illinois Democrat.  This legislative proposal would lift a longstanding limitation contained in the bankruptcy code with respect to the rights of homeowners and residential lenders in a bankruptcy proceeding.

The bankruptcy code provides for modification of the rights of secured creditors in both Chapter 11 and Chapter 13 cases.  Under current law, a Chapter 13 plan is permitted to include, pursuant to 11 USC §1322(b)(2), language that will “modify the rights of holders of secured claims” with the express exception that no “claim secured only by a security interest in real property that is the debtor’s principal residence” may be so modified.

The White House proposes “careful” legislative changes that allow bankruptcy judges to modify mortgages written in the last few years when there are no other reasonable options for families with problem loans.  The proposed plan provides that:

“When an individual enters personal bankruptcy proceedings, his mortgage loans in excess of the current value of his property will now be treated as unsecured. This will allow a bankruptcy judge to develop an affordable plan for the homeowner to continue making payments. To receive judicial modifications in bankruptcy, homeowners must first ask their servicers/lenders for a modification and certify that they have complied with reasonable requests from the servicer to provide essential information. This provision will apply only to existing mortgages under Fannie Mae and Freddie Mac conforming loan limits, so that millionaire homes don’t clog the bankruptcy courts.“

While the proposal is more limited than the current legislative initiative, it will cost the taxpayers relatively little by comparison with the many other investments being made by the Obama administration in an attempt to improve the economy.  As a bankruptcy lawyer, I have no doubt this portion of the Homeowner Affordability and Stability Plan will do a great deal to keep many families in their homes.

Since the Chicago Tribune coined the phrase in a 1986 editorial, stating “We’ve become a nation measuring out our lives in shopping bags and nursing our psychic ills through retail therapy”, shopping with the primary purpose of improving the buyer’s mood or disposition has achieved a certain legitimacy – and has become a contributing factor in out-of-control credit card use leading to bankruptcy.

Shopping for mood enhancement surely contributes to compulsive shopping disorder.  There is some evidence that compulsive shoppers experience the same kind of surge in brain chemicals when they anticipate buying something that an alcoholic does when he anticipates drinking.

A research team at Stanford University, conducted a study to determine whether antidepressants classified as selective serotonin uptake inhibitors could curb compulsive shopping behavior.  They interviewed 2500 randomly selected adults, scoring them against a standard compulsive buying scale.  They classified the 6% who fell more than 2 standard deviations from the mean as suffering from compulsive shopping disorder and noted that behavior as measured by self-evaluation improved with medication.  Does this mean only 6% of the American public is addicted to unnecessary shopping as a means of personal gratification? Not necessarily – the real measure of an addiction is whether an individual can voluntarily cease or curtail the behavior or substance in the face of overwhelming evidence that it is doing more harm than good. Judging from the prevalence of out-of-control credit card debt among Americans with stable incomes, the number of addicts may be much higher.

A search under “Retail therapy” on the internet revealed a number of tempting campaigns to encourage irresponsible shopping by tying that shopping to a good cause, a tactic which lottery promoters also use to overcome consumer resistance. A fundraiser in Kansas City raised $1 million for a prominent medical charity by selling $25 cards entitling the holder to a 20% discount at participating retailers. While the actual dollar amount of purchases explicitly tied to charitable campaigns is a small proportion of consumer spending, the high profile of such schemes serves as negative reinforcement for thrift in general – something retailers no doubt count upon when they allow service organizations to peddle coupon books and cookies and trinkets in the mall.

The addict is a marketer’s dream. The addict attaches the highest priority to his “drug” of choice, assigning it a market share ahead of the necessities of daily living, ahead of his or her family, and ahead of a stable financial future. The rush a retail junkie receives from a purchase is short-lived, requiring increasingly frequent fixes. In a world of shopping channels, internet emporia, megastores and easy credit, there is not much room for savoring the contemplation of buying.

Bankruptcy can be viewed as the debtor’s equivalent of an intensive inpatient rehabilitation center for substance abuse. As with substance abuse, some people will be able to get their lives on the right track before reaching this stage. Those in the earlier stages of a financial debacle should be wary, however, of agencies which promise a ‘lite’ solution requiring neither major modification of behavior nor a good faith effort to make good debts that can realistically be paid. Such half measures may produce temporary relief, but allow the person to dig him- or herself into a much deeper hole down the road.