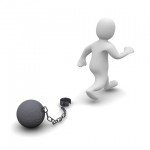 The IRS has announced a major change that will affect most people with unpaid tax debt who would like to resolve that debt with the government but can not pay in full. The settlement program used by the IRS to adjust tax debts is called Offer in Compromise. It is the basis for late night advertising that promises “pennies on the dollar” discounts for delinquent tax obligations. The idea of cheap resolution for outstanding tax debts has long been more promise than reality. This recent change could result in many more successful settlements.

On May 21, 2012, the Internal Revenue Service sent a memorandum to its settlement offer specialists with guidelines that authorize much more liberal procedures for analysis of offers. While many of the changes are applicable to only limited cases, there are several big changes that will impact most individual taxpayers. The change with the broadest impact will likely be the method the IRS uses to calculate future income.

Provided there is no misconduct involved, the IRS uses a tabulation method to evaluate a settlement offer. The IRS will generally accept a settlement of tax debt when offered the net liquidation value of the taxpayer’s assets and the net present value of the taxpayer’s future disposable income. Of course, as with most everything involving the government, the devil is in the details. The IRS has just changed those devilish details and made them much more favorable to the taxpayer.

To come up with the amount of future income that must be paid as part of a tax settlement the taxpayer’s disposable income must first be determined. Disposable income has long been calculated by deducting standard living expenses from net income received by the taxpayer. The IRS uses data from a federal data compilation agency, the Bureau of Labor Statistics, to establish standard living expenses for American families.

In the past, some major potential expenses were not allowed. For example, only the repayment of student loans used to fund post-graduate education was allowed as a deduction against income. In a significant change, the IRS will now allow the deduction of payments for all government guaranteed student loans used to pay for any education after high school. Guidelines prohibited the allowance of payments required on past due state and local tax. The payment of delinquent state and local tax will now be prorated with federal liability and proportionately allowed in most circumstances. These changes will impact many taxpayers with unpaid federal tax liabilities.

However, the single largest change in the way in which the government calculates net future income involves the multiplier used to convert monthly disposable income into a settlement payment to the IRS. The IRS will accept payment of an accepted settlement in two different ways, lump sum or short term payments considered the same as cash, and deferred payment over a period of 24 months. Before the recent change, the IRS multiplied monthly disposable income by 48 to determine its net present value if the payment was to be made within six or fewer months from acceptance. If a 24 month payment period was chosen, the disposable income was multiplied by 60 to determine its net present value.

There are other changes that apply to the way in which the net value of the taxpayer’s assets is calculated that will be helpful to many average American families. For example, the IRS will now disregard the first $3,450 of equity in up to two vehicles in calculating asset liquidation value. Taxpayers can now keep one month’s worth of allowed living expenses in their bank account plus $1,000 without adding to the liquidation value calculation. Again, this will lower the settlement threshold for many taxpayers.

These welcome changes in the Offer in Compromise program standards should prompt a flood of new offers. In addition, many pending settlements that would not have been accepted will now be allowed. This is none too soon for many struggling Americans with unpaid tax debt. Now IRS collection officers can focus their time on cases that deserve their attention and direct besieged homeowners and wage income taxpayers to the Offer in Compromise program for relief from collection.