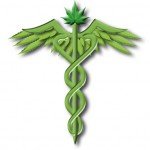 Congress enacted the Tax Equity and Fiscal Responsibility Tax Act of 1982 and amended the federal tax code to prohibit deduction of ordinary and necessary expenses related to the illegal sale of controlled substances.  A recent Tax Court decision highlights this law as another challenge to the feasibility of marijuana growing operations.  Californians Helping to Alleviate Medical Problems, Inc. v. Commissioner, 128 T.C. No. 4 (5/15/07), demonstrated how the Federal tax code is being used to inhibit the medical marijuana industry.  In the California case IRC 280E was held to disallow the deduction of expenses attributed to the provision of medical marijuana because it was considered “trafficking” in a controlled substance.

The IRS has been unambiguous in its position on the issue of medical marijuana as a prohibited controlled substance.  Citing the 2007 Tax Court opinion and a 2001 US Supreme Court case, U.S. v. Oakland Cannabis Buyers’ Co-op., 532 U.S. 483 (2001).  IRS Chief Counsel Letter (2011-0005) makes it clear that absent a change in the tax code, medical marijuana will be treated as a controlled substance under 280E.  This could saddle any growing operation with a substantial federal income tax burden.  If growing marijuana is considered “trafficking”, federal income tax will be calculated on gross revenue without a deduction for expenses associated with its production.